Public Projects for the Public 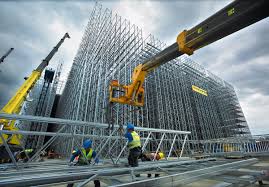 My grandma had one of those “crystal ball” lawn ornaments back in the late 70s and through probably too much of the 80s. I used to imagine I could predict the future by looking into the sphere. The problem is that we can’t predict the whole future. Sure, we can use scientific determinism to make a good guess. Data is what we collect daily to help in this endeavor. Therefore, if we know Ryan Braun’s batting average at night in May at home while wearing a throwback uniform on dollar hot dog night (and therefore can predict what he’ll do), we certainly have data to decide about huge government projects, right?

I assume we have a system that tags a project as having a certain reach. For example, the Zoo Interchange. What percentage of the population uses it? Who are those people? What percent is pass-through commerce (from Illinois and passing through to Minnesota or beyond)? Who is benefiting most from the project? Who could benefit more?

Not only could the project have a number correlating with the average Wisconsinite’s interaction with it, but it could be done by county and even neighborhood. Consider this: do you know there’s a four-lane highway that goes all the way from Eau Claire to Superior? And another one that goes from Eau Claire to Wausau? I’ve been on each road once, and let’s just say there aren’t too many traffic jams. Did you know roads like that, in today’s money, cost $2-4 million per mile? 100 miles from Eau Claire to Wausau and 150 miles from Eau Claire to Superior. At the low end, that’s $500 million worth of roads. Around here, if you want to feel lonely on an expensive road, take the 16 bypass around Oconomowoc. My dad complained every year when we went from Milwaukee to Watertown that there should be a bypass. However, fellow travelers using the bypass each year would indicate it was a $45 million, 7.9 mile, four-lane mistake. And it was probably right through a nature preserve.

My cousin, who lives west of the 16 bypass, gets season tickets to Brewers games. I’m still paying for his stadium and he’s never had to kick any money in. Should the whole state pay for the Packers? Should anyone besides Milwaukee pay for the Bucks? Where are the stats? We all know Racine got hosed when it came to Miller Park. Maybe that’s why every county around Milwaukee has already voted down helping with the Bucks arena. However, when I’ve gone to Bucks games over the last ten years, I see a lot of white suburban faces down below me in the nice seats. If Milwaukee builds a new arena, is it for us or is it for suburbanites who want to bring their clients to the games and millionaire owners who live elsewhere? I go to an average of one game a year over the past twenty years, always in the cheap seats. I can’t afford to be a better fan, but apparently I’ll have to foot the bill to keep the team in the area. I want to like the Bucks and a new arena, but if Milwaukee pays while others benefit, I can’t support it. Maybe if it revitalizes Grand Avenue or if the Indians want to gamble on building it, but not as another mostly cold, mostly empty building downtown.

Then we have the streetcar. The cost versus benefit to me is way too high. I wrote a paper about light rail and streetcars back in 1997 in college, and my group of future engineers and planners concluded it might be a nice system if included in the whole East-West Corridor scenario. Light rail and HOV lanes. Make Wisconsin Avenue buses/street cars and bikes. All that, all the way out to the Zoo Interchange / Hwy 100 and beyond. We could have rethought the whole way we do transportation as, not just with a fast train for fast politicians, an expanded highway for suburbanites, or a streetcar for 25-35 year-old college graduates who may or may not continue to live close to downtown. We had a chance, but we missed it, and we’re not getting it again. When we dismantled the streetcars, it was a mistake. When we redesigned the Zoo Interchange as a car-only project, it was a mistake. Trying to use federal money to build trains or streetcars for tourists and wealthy kids is kind of like building the 16 bypass, though. Just building it will not be enough, and just relying on those who asked for it to use it will not be enough. In sports, we’d need winning teams and a mixed-use arena, and in transportation, we’d need real businesses and transportation connections along the line benefiting from it and supporting it.  Right now, it’s not crystal clear.